I could not help but notice ReSoftables plush toys in the catalog for Toy Universe (Aust).

Resoftables has an awesome commitment to the environment. Demonstrated in their marketing strategy, each label prints the number of recycled plastic bottles it takes to create each plush toy.

Australia has been successful in launching a number of popular plush toys. For example, Boccetta Plush and Bluey the adventurous blue healer dog.

A ReSoftable kola bear, for example is made from 11 recycled plastic bottles. So who are ReSoftables. Resoftables are distributed by an Australian company called Headstart International Proprietary Limited. This company originates from Oakleah in Victoria, Australia.

Resoftables  Pty Lt manufactures 14-inch plush toys with 100 % recycled material, equal to 11 recycled plastic bottles. Over the next year Head Start claims it will repurpose over one million plastic bottles in the attempt to counter some of the 275 million tonnes of plastic waste produced globally by customers.

The Australian company says that the ultra-soft plush animals are planned and created in order to create “economic and sustainable new generations.”

“Resoftables is one of the most exciting Headstart ventures in 2020,” says Headstart International CEO Andrew Hendy. “We know that our consumers want cost-effective and sustainable goods, and we are ready to enter the market with a healthy and soft recycled plasma.”

Resoftables showcased their product at the Toy Conference this year in Melbourne, Australia.

Resoftables Ted, The Teddy Bear Plush is available at Toy Universe for a price of $26.99. Not only do these toys reduce the world’s carbon footprint but they also feature the softest and cuddliest textures!

Standing at 35cm tall, Teddy the Teddy Bear is an adorable blue plush that your plush-loving child won’t be able to get enough of! Encourage your child to make a conscious effort on how the littlest and cuddliest things can make the biggest difference in the environment.

Australia is one of the most wasteful countries in the world. We are on of the world’s largest greenhouse gas emitter along with China and the US.

We generate over 6.3 billion tonnes of plastic waste each year. much of it goes into landfill, with only currently 10 % recycled each year. (Aust Bureau of Stat)

Plastic straws and bottles are a huge problem. We thow out over 1 tonne of plastic waste if created every minute. Not many of us recycle.

Australian Bureau of Statistic states that there was a large increase in the proportion of households recycling/reusing cans between 1992 (44%) and 2006 (around 85%). Yet plastic was the material subject to the largest increase in the rate of recycling.

Australians are improving recycling methods all the time. In 1960’s Clean Up Australia Day was introduced. Our statistics are still very high. Plastics are made to last for ever and they they do. They are in our waterways, rivers, and oceans.

What amazes me is that our children have a better concept of what we are doing to the planet than older generations. How are we desposing of our rubber tyres?  We burn the rubber, the smoke rises into the jet streams in the sky and are carried up in the sky to land on the glaciers.

When summer months hit in the north and south hemispheres, the ice melts and the particles of rubber and  pollution end up in the melting into the waterways and rivers. We are like teenagers where we don’t worry about what happens tomorrow.

What Were We Thinking?

In greek mythology, Prometheus stole fire from Gods and gave it to humans. As Zeus punished Prometheus, the seductive Pandora. Zeus gave Pandora a box. Pandora had been warned not to open the box.

However, when Pandora opened the box, all the evils of the world escaped. Only hope was left inside. This sound awefully familiar lesson that we have learnt. 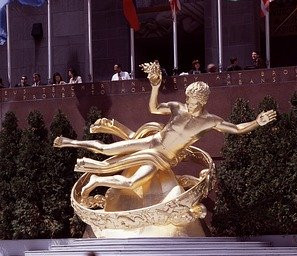 I believe that human race have demonstrated the ability of extracating ourselves from profound difficulties once we understand what produces them.

We have to evaluate our lifes and ask are we being pressured by society to how “keep up with the Jones” which cause vast about of waste or  can we make a change in our own lives to have less stuff and create less waste. And you do it with passion and conviction. The alternative is we give up and do nothing.

The Cult of Less

The Cult of Less website is another inspirational project created by New Yorker, Kelly Sutton. He found that the more he owned, the less happier he was. He embarked on a process of selling his possessions that he didnt use. If he hadn’t used it for 12 months, then he sold it.

Kelly travels teaches people extreme decluttering. He moves every 5mths from country to country educating people on how to declutter.

People that follow this line of thinking are extreme declutterers aiming to liberate themselves from attachment to their possessions. This ultimately, they believe leads to true happiness and peace.

Kelly doesn’t really miss the things that he owned. All his possessions can fit in 2 boxed and 2 suit cases. He doesn’t worry about what he has now. He spends his time planning what he wants to do.

He believes in sustainability. He is happiest when adding to the world something of value that the world can sustain over a long period of time.

We have seen how much waste Australia produces particularly in the form of plastic bottle, straws and bags. We also analysed the benefits of other sustainable projects in the Cult of Less by Kelly Sutton.

My hope is that you we continue recycle at home and support these project by supporting of these great ideas.